In the Olmec civilization there were rulers who oversaw the civilization. These rulers served as the majority of the government. It has also been said that no one person ruled alone, but multiple people together led the government. Those who served as priests and religious leaders also were thought to have had a high position in the government due to the strong tie between government and religion in their society. Rulers kept up a constant and strong power over their people and were chosen to be leaders based on their claimed relationship with Olmec deities. 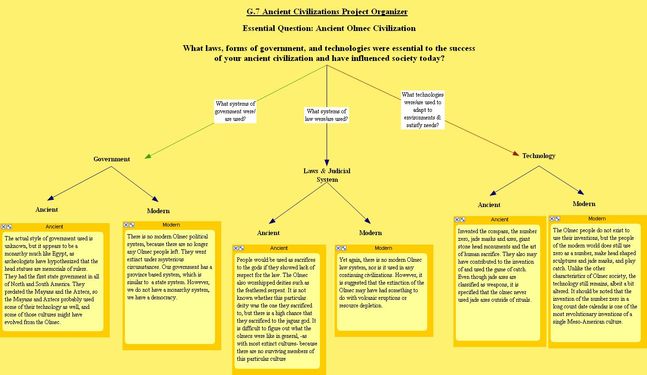 What is known about the Government?

The complete structure of the government of the Chavin remains unknown, but it has been assumed that they were led by a ruler. What is known of the governmental structure of the Chavin Cult is its strong tie to their religious system of beliefs. Their gods were thought to have a strong political influence in that they helped them become more economically strong. This tie between government and religion made them an early form of theocracy.